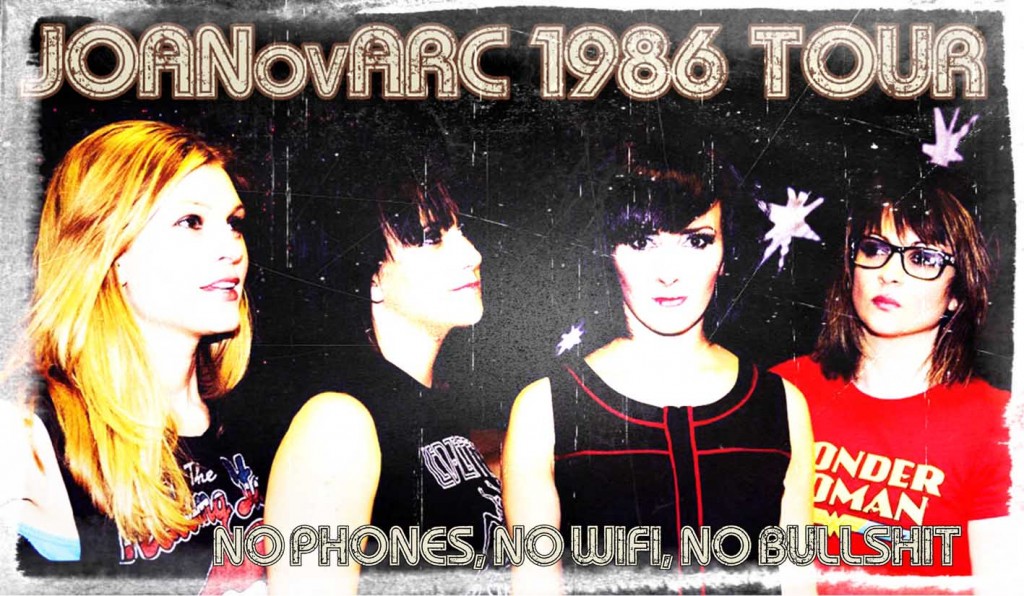 TJ-Concerts introduces a new way of touring… actually and old way.
The 1986 tour. Touring with just the things that were around in 1986.
First band to take on this EPIC challenge, is JOANovARC (UK).
How will a group of 6 gadget independent people respond to 3 weeks without all of their gadgets..
Sure, it has been done, going offline for a while.
But we take it further and pay tribute to all the bands that did their touring like this.
Everything that happens needs to be done like they did it in 1986.
The venues and promoters can’t reach the band while on the road, the girls don’t have all their 2014 makeup stuff on board either, just items that were available in 1986
NO wifi
NO mobile phones
NO laptops
NO navigation
NO contact with the world when on the road, just a phone call opportunity at the club or hotel.
NO Ipods but walkmans
NO cd’s, but good old cassettes
NO Bullshit
Want to stay informed about the tour?
Please visit the JOANovARC 1986 Facebookpage!